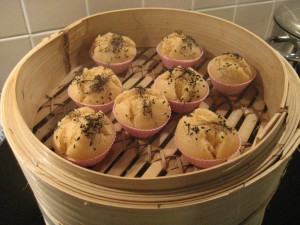 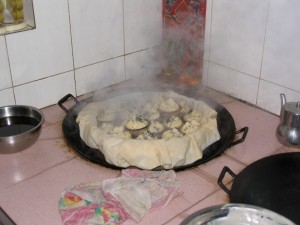 This afternoon I stumbled upon something completely intriguing.

Regular readers will know that one of my research obsessions concerns the mixed race children of Chinese men who went to live in China in the late 19th and early 20th centuries. Most of the people I’ve been researching have white Australian (or New Zealand) mothers and Chinese fathers, but there were certainly children with other backgrounds who similarly went to live in their fathers’ homeland – including Aboriginal-Chinese, Mexican-Chinese and Hawaiian-Chinese.

I know from a range of sources that these children were in China and I have photographs of many of the Australians among them. But images of them actually IN China are a rarity. My afternoon’s find of two photographs is something pretty cool then.

The images are part of the photographic archives of the Maryknoll Fathers and Brothers (Catholic Foreign Mission Society of America, Inc.) made available online through the University of Southern California Digital Library. The Maryknoll Catholic mission in China began in 1918, and was based in Jiangmen (one of the overseas Chinese qiaoxiang districts). Because of copyright restrictions I don’t think I can actually show you the two photographs of interest, but I can tell you about them.

The two photographs were taken at Father McDermott’s mission in Taishan in 1934 and 1935. They show a pair of twin boys, aged around five or six years old. The captions say that the boys are of African-Chinese heritage.

The captions say little else about the boys, no names and nothing about how they came to be at the mission. Were they orphans? Were they the children of a Chinese convert? Did they attend school there? Who was their mother? Where had they been born? How long had they been in China? What became of them?

This last question, at least, can be answered for one of the boys. A poignant note on the back of the later photograph, written in Father McDermott’s hand, notes that the lad ‘went to Heaven on Pentecost Eve’.

Read about former journalist Lincoln Kaye’s efforts to find out about the Weaverville (CA) Louies:

He’s writing it in episodes, and so far there’s an interesting look at researching at NARA (US National Archives) and at the US consular unit in Hong Kong.

The Sydney Morning Herald/Age China correspondent, Mary-Anne Toy, writes about her ancestral village in Taishan in the SMH and The Age on 24 November 2008. Read more from the SMH. Or if you prefer, from The Age.