The coming in of the Chinese new year was duly celebrated on Wednesday week by the Chinese shopkeepers of Sydney with ceremonies peculiar to themselves, winding up with an ample supper (SMH, 8 February 1862).

The details were republished in the Queanbeyan Age:

The Chinese New Year.—On Wednesday last, says the Sydney Herald, all the Chinese shopkeepers in Sydney closed their establishments, and refused to serve customers. Upon inquiry, it was discovered that, according to the Chinese reckoning, the old year closed with Wednesday, and that the event was being celebrated in the usual Chinese fashion. In the evening a pig was killed and its head having been dressed, it was adorned with flowers and placed in a conspicuous place in one of the Chinese houses, where each Chinaman in turn bowed down before it, apparently performing some act of religious homage. The floor of each of the apartments in the house was extensively lighted with candles in bottles, and after the religious ceremonial was over, the company adjourned to partake of a sumptuous supper, consisting of an abundance of poultry. The body of the pig was also served up and eaten. Musical performances in the Chinese style followed, and were kept up till daylight in the new year (Queanbeyan Age and General Advertiser, 13 February 1862). 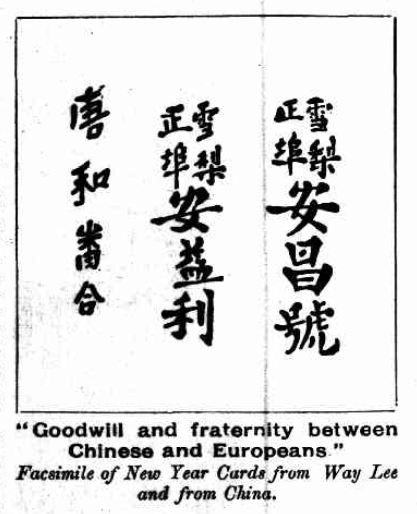 Here are a few other articles about Sydney’s Chinese New Year celebrations over the following decades: