On 6 November 1925, the Land newspaper featured the following on its ‘Answers to Questions’ page. 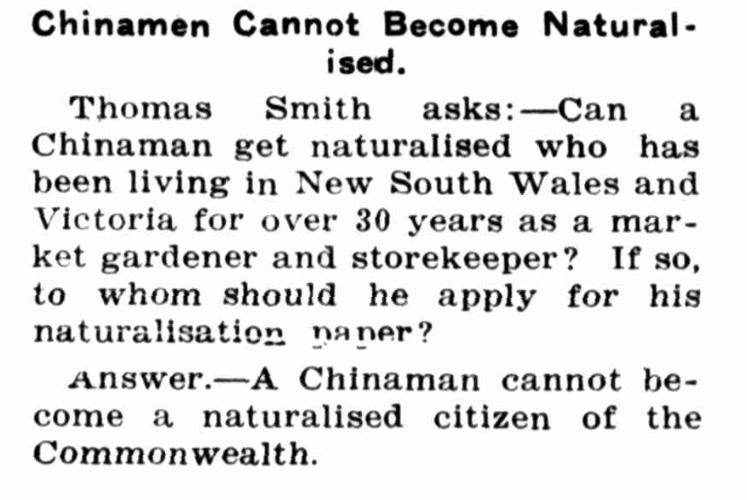 The Land was indeed correct in its answer. In 1925, Chinese aliens (non-British subjects) could not be naturalised in Australia, no matter how long they had lived here.

Five years earlier the Nationality Act 1920 had replaced the Naturalization Act 1903, removing the racial barrier to the naturalisation of Asians. However, after 1920 the Australian government continued with its policy of preventing Asians from being naturalised. This did not change until 1956 when concessions were brought in for long-term residents.