Yesterday on Twitter Jenny Symington asked the question, ‘Where are the women?’ in relation to The real face of White Australia:

this is interesting. Where are the women?? @invisibleaus RT Invisible Australians project invisibleaustralians.org/faces/from @wragge @jonnybrownbill

This post is a quick attempt to answer that question.

The first thing to consider is where these photographs are taken from. They are from certificates exempting from the dictation test, which were issued to non-white residents of Australia who wanted to return to Australia after travelling overseas. The particular records we have used with Faces so far are from New South Wales.

The non-white, non-Aboriginal population of early 20th century Australia was predominantly male. Most of the Chinese, Japanese, Indians and Malays (among others) who came to Australia in the 19th century did so to work and to earn money. Asian women as economic migrants were not unheard of (there were Chinese women who came to the colonies as domestic workers, for example), but generally a combination of economic, social, familial and legal factors meant that a much smaller number of ‘coloured’ women arrived on Australian shores. The Syrian community is a bit of an exception to this, as numbers of men and women were much more balanced.

Figures for ‘birthplace’ from the 1911 Commonwealth census (the first national census conducted in Australia) gives a picture of this:

In New South Wales (where the people shown in Faces mostly lived) Chinese, Indians and Syrians were the main non-white population groups.

The snapshot below has images of three women: Mary Saleba and Raja Basha, both Syrian, and Mary Hoe, who was Australian-born Chinese. 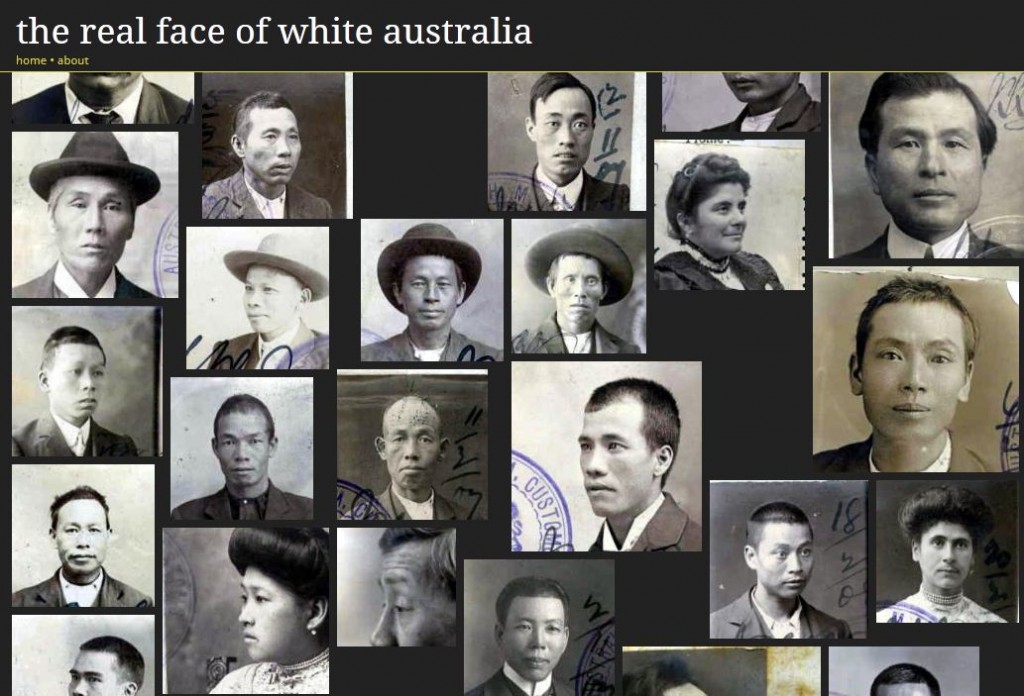 The nature of travel

Few of the men shown in Faces were travelling for leisure, as such. They were mostly either returning home to visit relatives (including wives and children), or for business reasons, or a combination of both. This, combined with the cost and logistics of travel, may have meant that women and families living in Australia did not accompany their men when they travelled.

The law and administrative processes

Travelling alongside some of the men whose images appear in Faces, though, were women and children who were not documented in the same way as their husbands and fathers. White wives of Chinese men, for example, who also travelled to Hong Kong and China, were not subjected to the indignities of photographing and handprinting, even though strictly they had become ‘Chinese’ on marriage and had officially lost their status as British subjects (their racial identity trumped their legal one). Often the only record of their travel is a name on a passenger list. Mixed-race Australians also travelled without being issued a certificate exempting from the dictation test—many Anglo-Chinese Australian women married migrant Chinese men, and accompanied their husbands to China, but they too may have avoided being photographed and handprinted, instead using their Australian birth certificates as proof of identity on their return to Australia.