The memorials for naturalisation were each signed by the same six witnesses who knew them and attested to their good character and reputation.

The men were granted their naturalisation certificates on 2 July 1857. They were four of the eight Chinese men granted naturalisation in Victoria in 1857 – the others were Louis Ah Mouy, John Affoo, William Tsze Hing and Abu Mason.

Looking at the signatures on the memorials for naturalisation, I realised something odd about these four men. Their names are the same as those of the Sze Yup (四邑) or Four Counties districts: 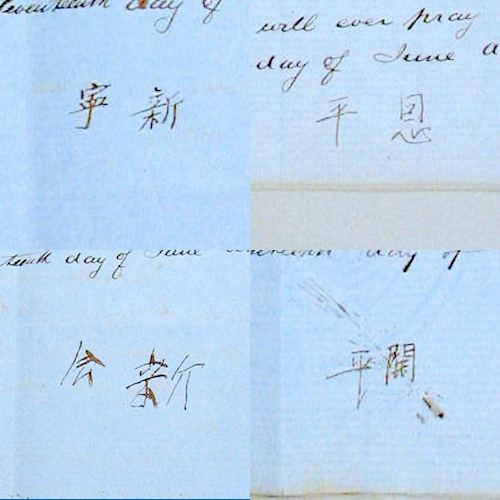 Tim Sherratt’s People of Australia Twitter bot randomly tweeted about Yun Peng, which brought the file to my attention.