One hundred and six years later I’d like to say, ‘kung-hi far-tsoy’ everyone! 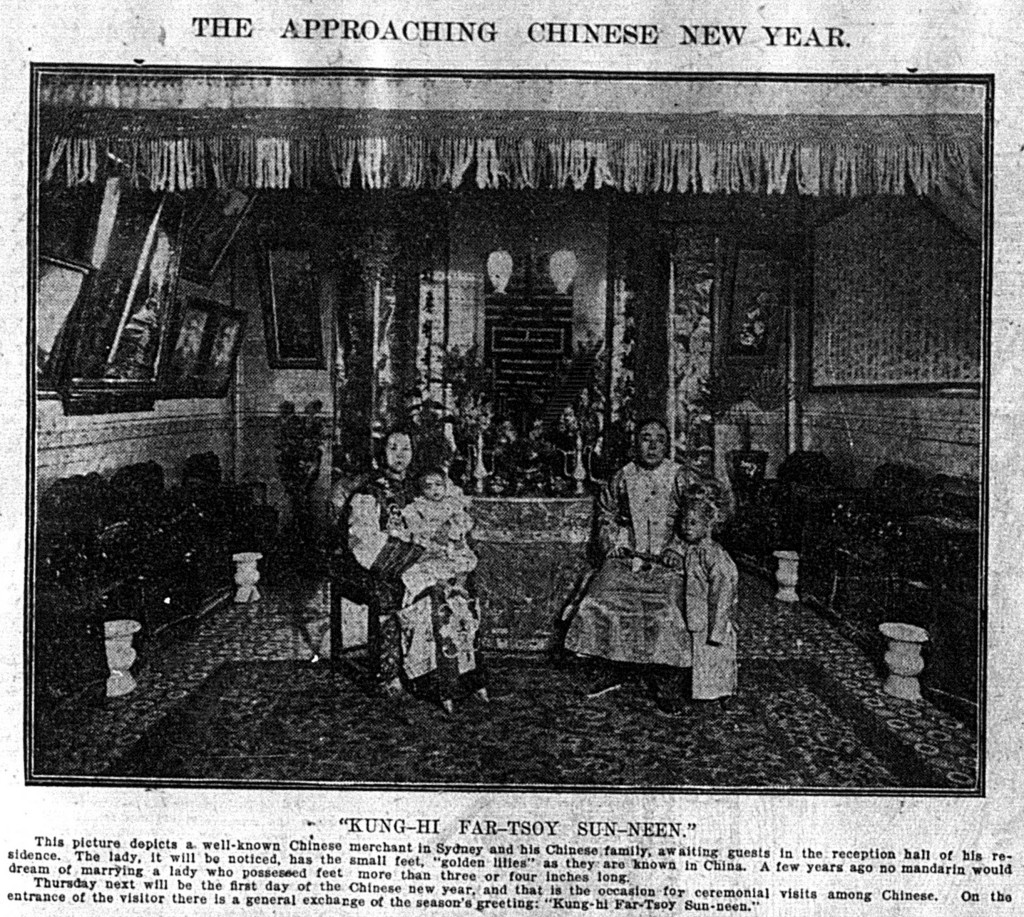 This picture depicts a well-known Chinese merchant in Sydney and his Chinese family, awaiting guests in the reception hall of his residence. The lady, it will be noticed, has the small feet, ‘golden lillies’ as they are known in China. A few years ago no mandarin would dream of marrying a lady who possessed feet more than three or four inches long.

Thursday next will be the first day of the Chinese new year, and that is the occasion for ceremonial visits among Chinese. On the entrance of the visitor there is a general exchange of the season’s greeting: ‘Kung-hi Far-Tsoy Sun-neen.’ 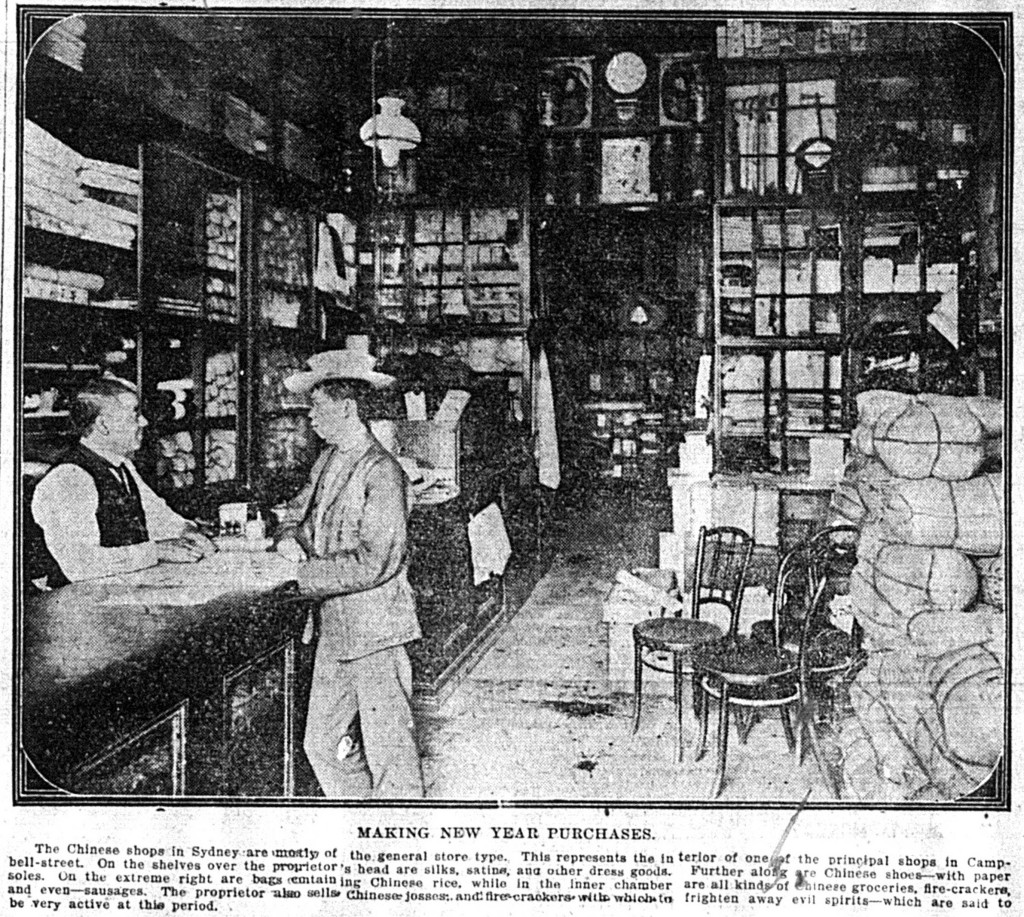 The Chinese shops in Sydney are mostly of the general store type. This represents the interior of one of the principal shops in Campbell-street. On the shelves over the proprietor’s head are silks, satins, and other dress goods. Further along are Chinese shoes–with paper soles. On the extreme right are bags containing Chinese rice, while in the inner chamber are all kinds of Chinese groceries, fire-crackers, and even–sausages. The proprietor also sells Chinese josses and fire-crackers with which to frighten away evil spirits–which are said to be very active at this period. 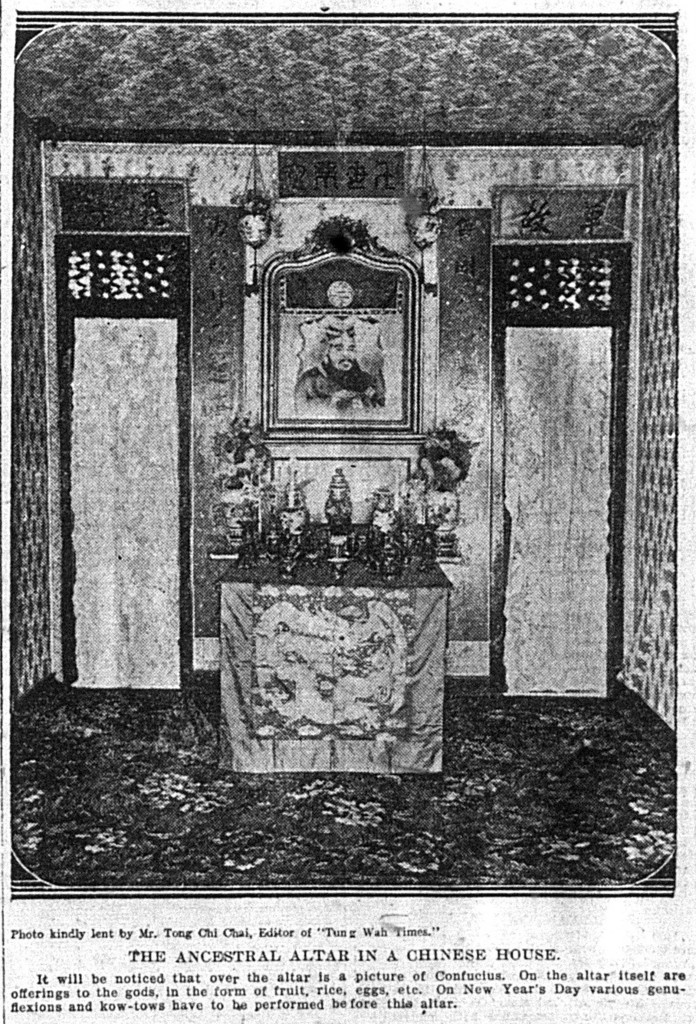 THE ANCESTRAL ALTAR IN A CHINESE HOUSE.

It will be noticed that over the altar is a picture of Confucius. On the altar itself are offerings to the gods, in the form of fruit, rice, eggs, etc. On New Year’s Day various genuflexions and kow-tows have to be performed before this altar. 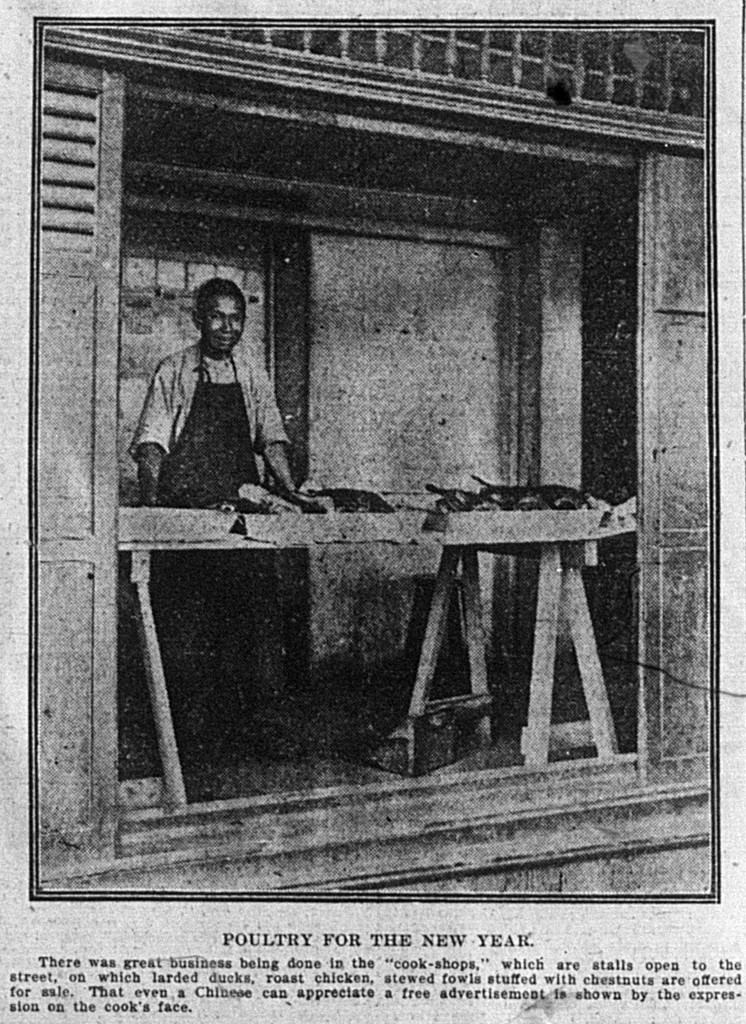 POULTRY FOR THE NEW YEAR.

There was great business being done in the ‘cook-shops,’ which are stalls open to the street, on which larded ducks, roast chicken, stewed fowls stuffed with chestnuts are offered for sale. That even a Chinese can appreciate a free advertisement is shown by the expression on the cook’s face.